I may not have made it out there until the end of the month, but I did make good on my vow to hit up the three VA-11 HALL-A collabo bars in Akihabara!

My first stop was Bar Sekirei. Out of the three bars, this was the one with the best atmosphere—cozy and luxurious, with the music and lights low. The counter staff wore vests in styles similar to Jill’s, and they kept Garoad’s spectacular soundtrack spinning the whole time I was there. This venue also stood out for having one other female customer—at both Rabbit Lovers and Alchemist, the only other girls present were the employees.

The Sekirei version of the Sugar Rush is sweet and a little floral. It has peach and raspberry liqueurs in it, but tastes vaguely of lychee.

Second on the list was Rabbit Lovers Cafe, two minutes away. Rabbit Lovers is more of a “girls bar” (Hostess Bar Lite, with the target demographic being men who want a pretty girl to chat them up) than a traditional bar, so I was the only female customer. The walls are Pepto pink here, and the bartenders stream whatever they want to listen to off YouTube, making it a great place to hear something new. The uniform isn’t quite “maid cafe” fare, but it comes close. 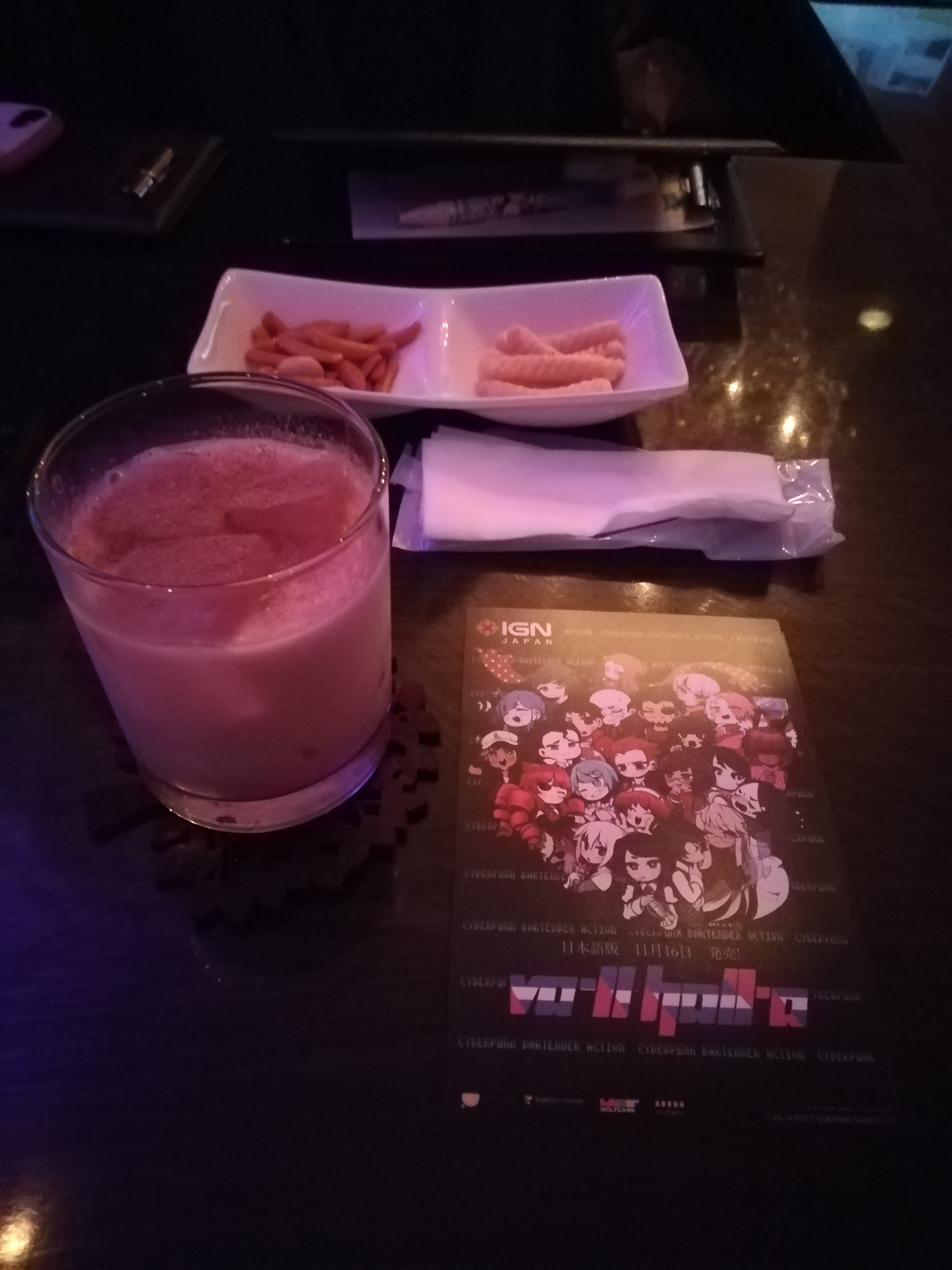 The Rabbit Lovers Sugar Rush is the sweetest of the three: a Pockyish sort of strawberry-milk concoction. While I was at RL I encountered two other people I’d noticed drinking Sugar Rushes in Sekirei earlier in the evening.

My final stop was at Alchemist, tucked away near JR Akihabara Station. It’s a dark room, more spacious than the previous two, with projector screens playing anime clips and a massive collection of figurines. Alchemist boasts live DJs playing anime music, and the picks are eclectic—major props to their Thursday-night DJ for reminding me that “～infinity～∞” is an absolute banger. (I haven’t thought about that song in years!)

Alchemist’s Sugar Rush is the drink that knocked down Streaming-chan. This is the Sugar Rush that matches what I expect the canon version to taste like: lighter fluid and syrup. This was also the strongest version (Aperol plus vodka equals extra karmotrine!). I’d make this one at home in a heartbeat.

At Alchemist I encountered another guy who recognized me from Sekirei earlier in the night—he was making the rounds as well and described himself as a “huge fan” of VA-11 HALL-A, with Jill being his favorite. Later on another Rabbit Lovers customer also came in; recognizing me, he bragged that this was the third time he’d made the tour.

I can’t judge. The collabo is only running for another two days, but I have every intention of making it back to Sekirei again for one more Sugar Rush.